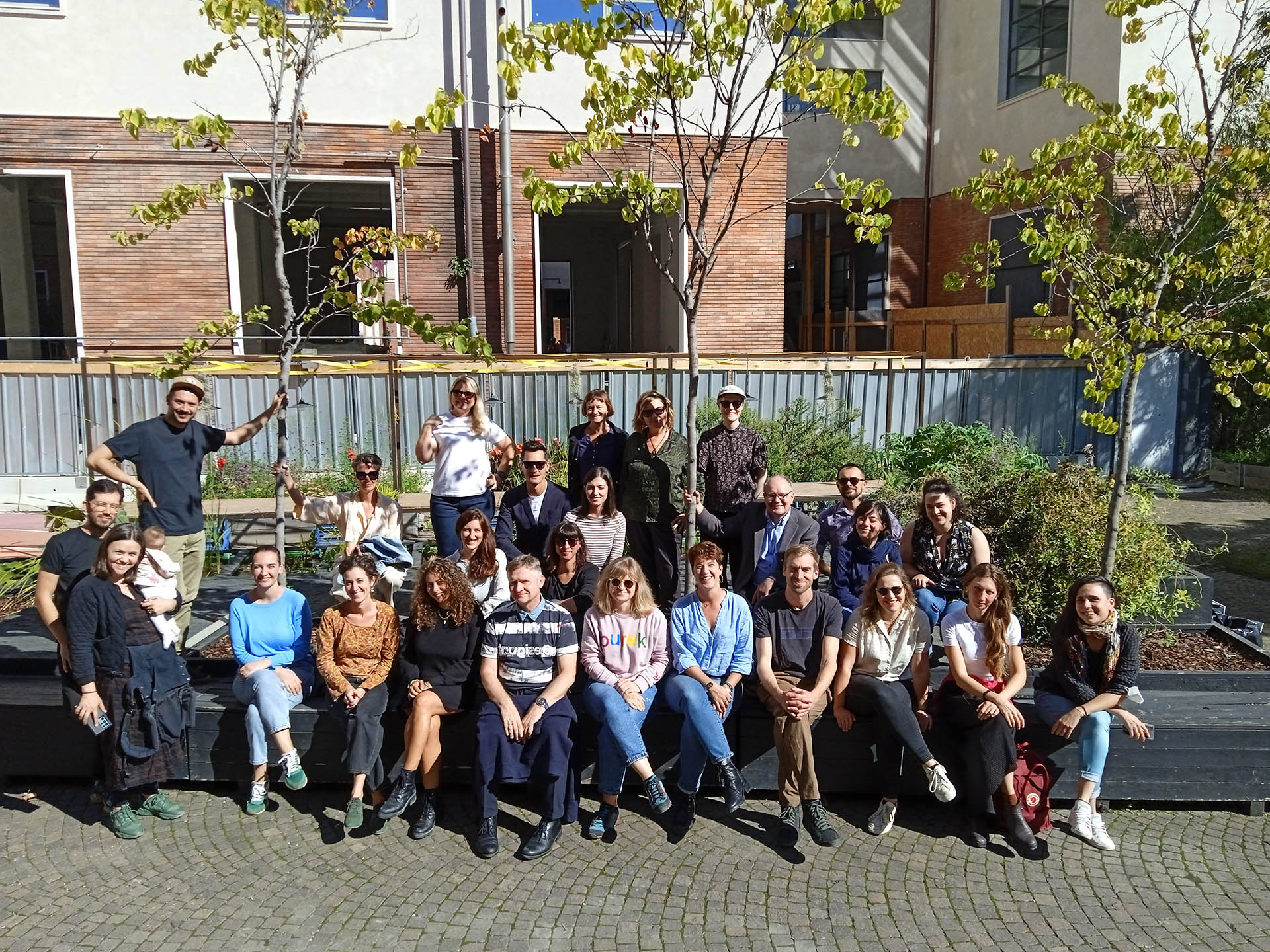 On the 4th and 5th of October, Future DiverCities, a four-year project funded by the European Commission (Creative Europe), was kicked off in Florence. Hosted by the Italian partner LAMA Impresa Sociale, 13 European organisations met in Manifattura Tabacchi, an old tobacco factory and one of the most important examples at an international level of urban regeneration and change making.

The project is the continuation of a first Creative Europe project (2016-2020) implemented successfully by 10 partners in Europe and Canada which has explored new ways to work in challenging urban areas through participatory methodologies and co-designed digital tools. The cultural regeneration route has often led to the establishment of new built spaces, development of infrastructure and creation of landscape fixtures. With major changes in the way we inhabit our cities, it is becoming urgent to address urban cultural regeneration in a more ecological way, as the approach taken to date will not suffice to address the major challenge of building environmentally resilient cities.

What do we propose?

In each of the 9 pilot cities, the project will take place through long experimentations to propose new kinds of cultural and ecological interventions. It aims to enhance and build the ecological value of urban vacant spaces, going beyond merely raising awareness. It will gather a coalition of citizens, artists, relevant local authorities, inhabitants of the area and potential users of the space to think collectively about the impact of the project and its development.

During the four years of the project, the partners and the participants will experiment and rethink artistic and cultural production from a bottom-up approach.

The pilots will also be testbeds for researchers who will draw recommendations and methods to better qualify and quantify the ecological impact of creative and cultural interventions in urban space and to systematise ecosystemic and ecological strategies in cultural urban regeneration.

Part of the change will be that the 13 partner organisations and a wider community of associates will put ecology at the core of their organisational development and ethos. It will contribute to changing the paradigm in terms of cultural policy development with ecology at its heart.

More info about us

During the first year of this project, 2023, La Friche is going to develop a mapping tool and protocol for the partners involved. The sensitive mapping of each pilot site will facilitate the meetings with the relevant stakeholders and the discussions with the users and the inhabitants about the creative potential and possibilities of the space. We are looking forward to sharing maps on the website and to opening the dialogue!